On being a Good Day 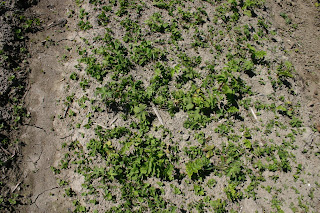 Today was another good day on a nursery in Wanganui. The sun shone brightly upon the weeds that were hoed up this morning. The wind has added its drying effect to that of the sun and now,
with luck, there will be a little rain tomorrow to wash in the fertiliser that I spread over the newly weeded delphiniums. What more could a grower want? See before and after images. 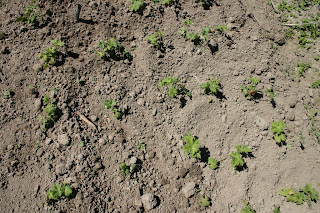 Last August in New Zealand was a warm and sunny one. Since then although it has been cooler than normal on occasion, many occasions actually, but there has been a great deal of sunshine too. This has resulted in the delphiniums starting to flower about 2 week earlier than normal and it now looks like we'll get all the first flush of pollinating done before Christmas. Yay! We'll see. 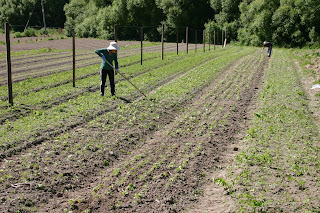 One of the jobs I have to do this season is to finally sort out a stable cross for a bright blue with a black bee. We have one that gives blues with black bees but it has too much variety of colour, too many shades of blue. Another cross has a beautiful blue but gives plants that are too weak. This year we will nail it....please. The experimental crosses from last year have only just been planted so we won't know for a couple of months yet, in the mean time I'm making more crosses. 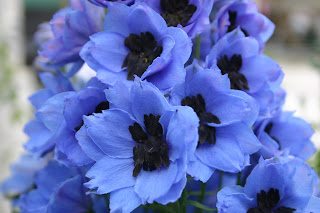 I've really let my fitness slip over the winter and today was the third bike ride of a let's get fit again campaign. I'm not riding far yet (never do) and not quickly either but I reckon that in a couple of weeks I might be ready to time myself without fear of being too embarrassed. We'll see on that score too. Today my legs protested a bit but least I finished without being out of breath.

This evening was an important one. I accompanied a male friend to a Rotary club in town in a bid to encourage participation in a male march against violence towards women. This will be on 25th November - White Ribbon Day. Let's hope we get a good turnout! See http://whiteribbon.org.nz/